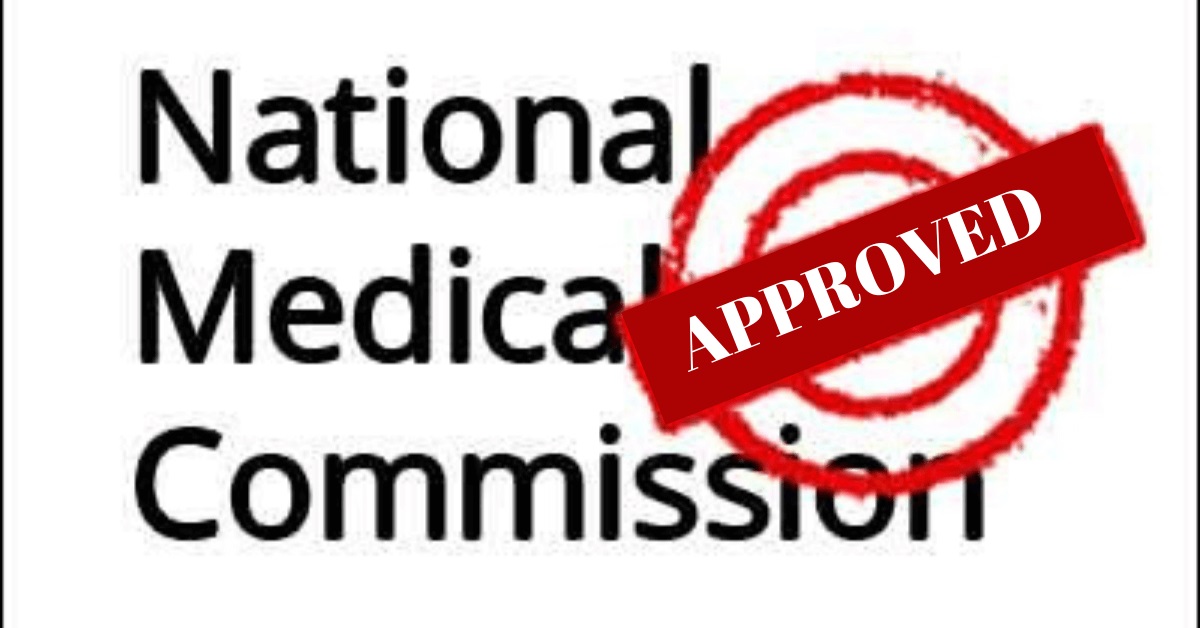 After being cleared in the two Parliamentary houses of India, the Lok Sabha, and the Rajya Sabha earlier this month, the National Medical Commission Bill got the final nod from Indian President Shri Ram Nath Kovind also on Thursday, August 8, 2019. The NMC Bill, which was first presented back in 2016 by the NITI Aayog, has been in the news since long concerning the differences of opinions between the government and the medical practitioners of the country.

The NMC Bill was introduced in the country following the numerous allegations of corruption and malpractices against the existing medical education regulator, Medical Council of India. Through NMC, it is proposed that the MCI will be completely replaced, and the Indian Medical Council Act of 1956 will be revoked too. Moreover, the Bill has also introduced certain measures that would seek to improve the existing medical education infrastructure of the country while pushing it further to claim its spot on the global level.

Additionally, the most debated topic of all is the introduction of National Exit Test (NEXT) as a common assessment examination for all appearing to become licensed medical practitioners in the country, including those in the final year of their MBBS. Thus, simply put, the NEXT has been introduced as an MBBS licentiate exam and as a replacement for NEET-PG and FMGE or the MCI Screening Test for Foreign Medical Graduates who pursue their MBBS, MD degree from MCI-recognized universities abroad.

According to the Bill, Institutes of National Importance (INI), like AIIMS will also have to follow these procedures now. The Bill is removing any individual examination or admission process followed by different institutes and universities in the country.

The 4th critical point introduced in the NMC Bill is the regulation of fees and other charges for 50% seats in the private colleges and deemed universities.

As per the introduced Bill, the Community Healthcare Providers (CHPs) will also be granted a limited license for practicing in modern medical sciences.

Functioning of the Commission

When one talks about the functioning of the National Medical Commission, it is noteworthy here that the Bill has proposed the formation of 4 Autonomous Bodies to ensure its adequate functioning.

The Bill states that the Undergraduate and Postgraduate Medical Education Boards will be responsible for maintaining optimum levels of regulatory compliance at the undergraduate and postgraduate levels respectively. The Medical Assessment and Rating Board, on the other hand, will have a massive responsibility of not only setting up a rating system for assessing medical institutes and universities but will also be required to ensure that the norms set up are being complied with by all establishments. In the case of inaccuracies, the MARB will have the power to issue warnings, impose penalties, and even stop the admission process for the establishments at fault. Moreover, the MARB will also have the powers to allow setting up of new postgraduate medical institutes and even grant permissions for the increase in the number of seats. The 4th board, which is the Ethics and Registration Board, will be responsible for maintaining a complete detailed national register of all licensed medical practitioners of the country.

According to the clauses of the Bill, the NMC will also require all Medical Institutes and Universities to maintain an updated website at all times for ease of access to information. Moreover, a Medical Advisory Council will also be formed for timely recommendations for improvements and changes in the medical regulatory infrastructure of the country. Finally, the annual renewal of permissions for medical institutions is also being done away with leaving behind a single required event for permission sought at the time of establishment.

Concerns of Medical Community vs. Clarifications by Government

There have been several concerns raised by the Indian medical practitioners regarding the licenses to-be-granted to CHPs, claiming that would promote quackery in the country. Moreover, several students have also sought clarification on the regulation of seats at private medical colleges and deemed universities. Indian Union Health Minister Dr. Harsh Vardhan provided clarification on all matters assuring that the licenses granted to CHPs will only be for the practice of modern medical sciences, and not alternative forms of medicine. He further added that the license will come with its own limitations and will thus maintain checks. In terms of fees reservation, the Health Minister clarified that over 50% of the total medical seats in India are already under government colleges and are thus available at nominal fees. The remaining 50% of the seats which are under the private colleges and deemed universities will now be further divided into two, giving access to 50% seat regulation to the NMC. Dr. Harsh Vardhan thus confirmed that the NMC would, in fact, have fees and other charges regulatory rights on over 75% of the total medical seats in India.

After getting the nod from President Kovind, the Commission will be set up within the next six months, while its complete implementation across the nation will be done over the next three years. The NMC will contain a board of 25 members of which 60% will be medical practitioners, Dr. Harsh Vardhan added. He thus assured that a majority of the board will have members from the medical industry of the country.

You are welcome to Ukraine Education for a free counseling session!